Should I Feel Guilty for Not Getting The Cancer Gene Test Now? 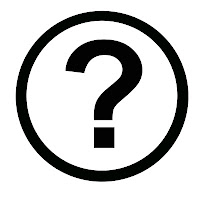 The moment a friend posted on Twitter the link about Angelina Jolie getting a double mastectomy, I read it avidly. Her story moved me deeply.

Later, I read on a local news' Facebook page about the story accompanied by the question: "Would you do it?" I answered immediately that yes; of course, I would do it! Who wouldn't, right? The idea of leaving my family behind is unfathomable. After answering this question, I closed my laptop, and went to bed. But, I couldn't sleep; the answer I had just given to the question of whether I would get a double mastectomy had opened a flow of ideas that I couldn't put to rest.

For me, the thought of being less of a woman because I have to remove my breasts, or my uterus because of cancer has never been in my mind. I understood that a long time ago when my mother had to undergo a surgery to remove her uterus because of cysts.  No, what had me worried was the cost of all those procedures starting with the cost of having the cancer gene test, and then the preventive surgery, which probably not too many health insurance companies would cover, and then the reconstruction surgery! So I started feeling what I know many Latino women would feel, "Guilt."

"It's not that I don't want to do it" - I kept telling myself - "It's just that I don't have the means right now to afford it." When I talked about this subject with two of my best friends, we agreed that probably many Latinas will feel the same because that's how we were raised. It's common to blame ourselves when we cannot do something because of our limited financial resources, especially if this affects our families.

I truly admire Angelina for being so brave to do it, and for starting the conversation about preventive health care for women.  At this point, all I can say is that I know I have to take that test because of my family's medical history, but I cannot afford it now. So my question remains, should I feel guilty about it?