Celebrating The 203rd Anniversary of the Independence of Mexico in Seattle.

Celebrating Mexico's Independence Day has a different meaning since I moved to Seattle twelve years ago. I know there are many issues with Mexico's politics presently, but I am still proud of my culture, and that's what I celebrate.

In past years, my husband and I went to the Seattle Center to enjoy the Hispanic Heritage Month celebrations, but this year, we were invited by the Consul of Mexico, Mr. Eduardo Baca-Cuenca, to attend the festivities to commemorate the 203rd Anniversary of Mexico's Independence. An event that I anticipated would be filled with many familiar faces, and great entertainment.

One of the most important reasons that made me attend this event, was to show my granddaughter the beauty of these celebrations, and how to respect the Mexican flag and National Anthem during a formal ceremony. Why? Because she is an American just as much as she is Mexican.  I explained to her that she is Mexican-American, and she is lucky to enjoy both cultures.

We danced to the Mariachi music performed by the Wenatchee High School Mariachi, a program that has been nationally recognized as being the fastest growing Mariachi Music Program outside of Mexico, and it's currently integrating over 300 participating students ages 9-18.

We also ate some delicious food, and took pictures with handsome men dressed with the traditional Charro outfits, and women dressed as Escaramuzas.

It was a fine event where I had the opportunity to celebrate El Grito de Dolores (The cry for battle made by priest Miguel Hidalgo y Costilla) with other immigrants from Mexico,  and with many Mexican Americans. It was also a great opportunity for my granddaughter to learn a little bit more about her parents, and grandparents' culture.

Invitation by the Consul of Mexico. 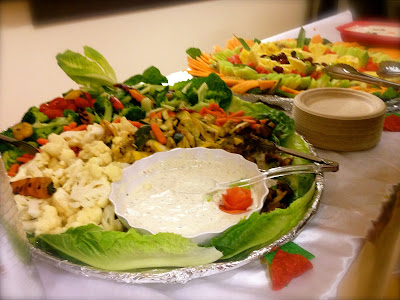